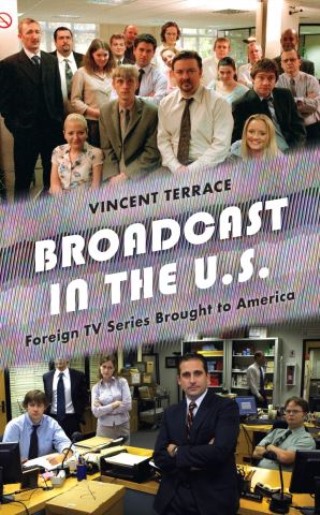 Broadcast in the U.S.

A fun and accessible guide to foreign television series that were later broadcast in or adapted for the U.S., including popular favorites such as The Office and Doctor Who.

In Broadcast in the U.S.: Foreign TV Series Brought to America, Vincent Terrace delivers a wonderful resource of over 400 foreign television shows broadcast in the United States, along with their American adaptations. From British comedies like Fawlty Towers and Keeping Up Appearances to the Australian fantasy series The Girl from Tomorrow and the Japanese cartoons Astro Boy and Kimba, the White Lion, this book explores an often-overlooked side of American television and popular culture. Each entry includes details regarding the cast, genre, episodes, U.S. and foreign networks, broadcast dates, storylines, and trivia.

Containing information not easily found anywhere else, such as unsold script proposals, internet TV series, and unaired pilots, this first and only guide to foreign television series broadcast in the U.S. is a valuable reference for all fans of television history.