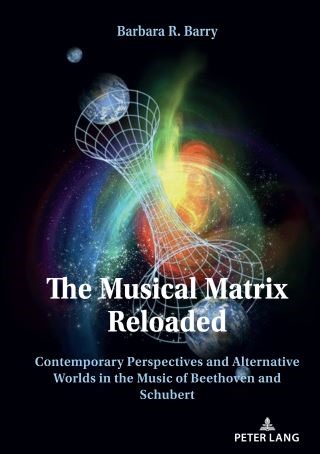 The Musical Matrix Reloaded proposes a striking new scenario for the music of Beethoven and Schubert in the contemporary world. It draws on the theory of Multiple Worlds in physics, and on sci-fi and movies, as powerful contemporary models of alternative realities to explain radical features of interpolation, dislocation, and ultimately of return.

Confronting familiar assumptions about Beethoven’s and Schubert’s music as long-range consonance, the book proposes instead that musical action is predicated on an underlying disruptive energy, Nietzsche’s Dionysian disruptive background re-interpreted in the contemporary world. When it breaks through the musical surface, it dislocates continuity and re-routes tonal narrative into new, unforeseen directions. These unforeseen paths enable us to glimpse in Beethoven’s and Schubert’s music the beautiful, and often haunting, reality of another world.