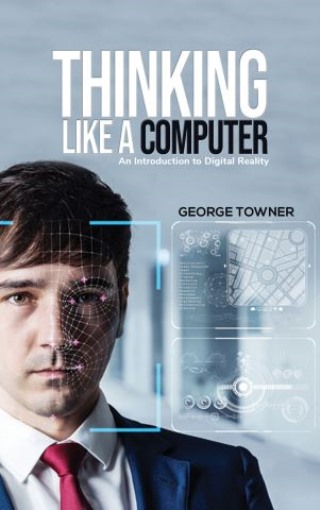 An Introduction to Digital Reality

Thinking Like a Computer is the result of a detailed 30-year study of how computers imitate life.
Although they are machines, computers are designed to act like human beings. Software is specifically created to help accomplish human-like tasks and to be understood in human terms. Yet unlike human life, computer operations can be analyzed in detail because we build the machines that accomplish them and we know the design decisions that make them work.
With every choice made during the evolution of digital technology, computer architects have intuitively or consciously incorporated truths of human functioning into their designs.
Thinking Like a Computer is based on these truths, assembling them into a new explanation of human knowledge. In addition, it provides insights into the foundations of theoretical science because much of digital technology is dedicated to creating new realities.

George Towner: The author, George Towner, studied logic and philosophy at Berkeley, then became assistant director of the Kaiser Foundation Research Institute, working on the biology of primitive organisms. When the computer revolution reached Silicon Valley, he switched to information technology and served 30 years on the senior technical staff at Apple. In his independent research, Towner analyzed how computers evolved from early number crunchers into today's smart digital assistants. Thinking Like a Computer presents a compelling new explanation, based in set theory, of how both people and computers understand reality.