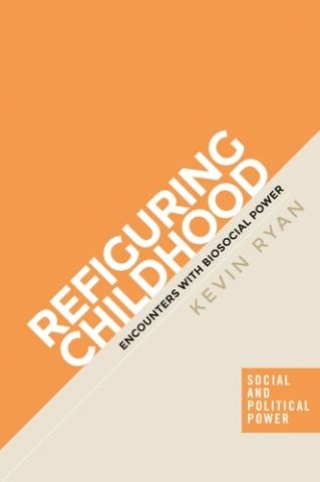 Refiguring childhood stages a series of encounters with biosocial power, which is a specific zone of intensity within the more encompassing arena of biopower and biopolitics. Assembled at the intersection of thought and practice, biosocial power attempts to bring envisioned futures into the present, taking hold of life in the form of childhood, thereby bridging being and becoming while also shaping the power relations that encapsulate the social and cultural world(s) of adults and children. Taking up a critical perspective that is attentive to the contingency of childhoods – the ways in which particular childhoods are constituted and configured – this book offers a transversal genealogy that moves between past and present while also crossing a series of discourses and practices framed by children’s rights (the right to play), citizenship, health, disadvantage, and entrepreneurship education. The overarching analysis converges on contemporary neo-liberal enterprise culture, which is approached as a conjuncture that helps to explain, and also to trouble, the growing emphasis on the agency and rights of children. It is against the backdrop of this problematic that the book makes its case for refiguring childhood, focusing on the how, where and when of biosocial power.

Kevin Ryan: Kevin Ryan is Lecturer in Political Theory at the National University of Ireland Galway