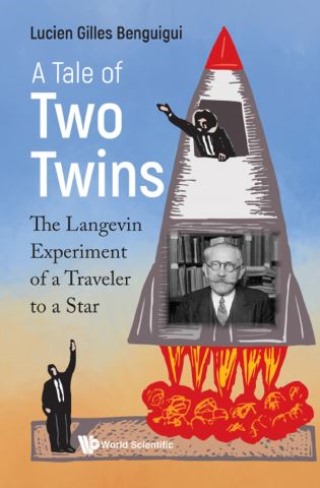 Tale Of Two Twins, A: The Langevin Experiment Of A Traveler To A Star

The Langevin Experiment of a Traveler to a Star

The thought experiment proposed by Langevin in 1911, known under the popular names, 'Clock Paradox' or 'Twin Paradox', is the most surprising result of the theory of Relativity: A twin who travels to a star at nearly the velocity of light comes back to Earth and finds his twin brother much older. In over a century, several thousands of published articles debated both in favor of and against this result. Unique to the physics of Relativity, this baffling phenomenon is analyzed as a main goal of this book.Among an incredible number of solutions, is there one of simplicity and clarity which may be accepted unanimously by all of the physics community? The answer is yes and this solution, which has its origin in Einstein himself, is developed in the framework of the Special Theory of Relativity. In detailing this solution, it is shown that the essential ingredient to understand the theory is the acceleration of the twins. All the models which do not include acceleration are incompatible with the original idea of Langevin. If one considers this phenomenon, several questions come to mind. Why did physicists debate excessively on the paradox and struggle to reach an agreement? Why was there resistance to integrate acceleration into their studies? Why is the solution developed in this book known only by a minority of scientists?Written for physicists, historians and philosophers of science, this book seeks to answer these questions based on (1) the psychological difficulty to accept the theoretical results, and (2) the fact that scientific knowledge is not uniformly distributed among scientists.