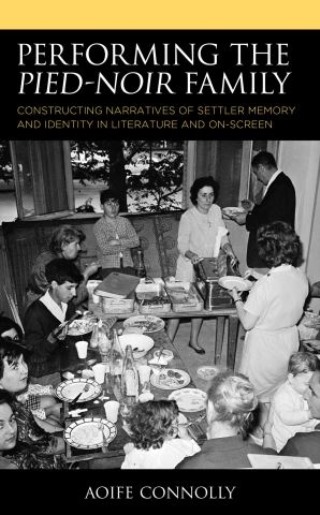 Performing the Pied-Noir Family: Constructing Narratives of Settler Memory and Identity in Literature and On-Screen sheds new light on the memory community of the pieds-noir from the Algerian War (1954-1962) as it continues to resonate in France, where the subject was initially repressed in the collective psyche. Aoife Connolly draws on theories of performativity to explore autobiographical and fictional narratives by the settlers in over thirty canonical and non-canonical works of literature and film produced from the colony’s imminent demise up to the present day. Connolly focuses on renewed attachment to the family in exile to facilitate a comprehensive analysis of settler masculinity, femininity, childhood, and adolescence and to uncover neglected representations, including homosexual and Jewish voices. Connolly argues that findings on the construction of a post-independence identity and collective memory have broader implications for communities affected by colonization and migration. Scholars of literature, film, Francophone studies, and film studies will find this book particularly useful.