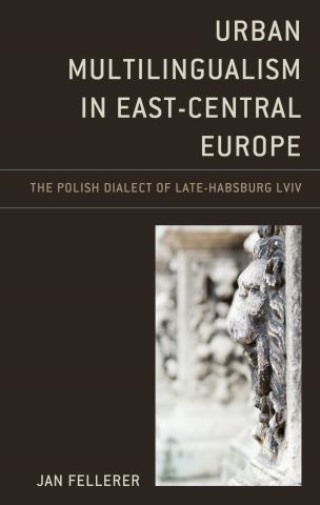 The Polish Dialect of Late-Habsburg Lviv

Urban Multilingualism in East-Central Europe: The Polish Dialect of Late-Habsburg Lviv makes the case for a two-pronged approach to past urban multilingualism in East-Central Europe, one that considers both historical and linguistic features. Based on archival materials from late-Habsburg Lemberg––now Lviv in western Ukraine––the author examines its workings in day-to-day life in the streets, shops, and homes of the city in the late nineteenth and early twentieth centuries. The places where the city’s Polish-Ukrainian-Yiddish-German encounters took place produced a distinct urban dialect. A variety of south-eastern “borderland” Polish, it was subject to strong ongoing Ukrainian as well as Yiddish and German influence. Jan Fellerer analyzes its main morpho-syntactic features with reference to diverse written and recorded sources of the time. This approach represents a departure from many other studies that focus on the phonetics and inflectional morphology of Slavic dialects. Fellerer argues that contact-induced linguistic change is contingent on the historical specifics of the contact setting. The close-knit urban community of historical Lviv and its dialect provide a rich interdisciplinary case study.