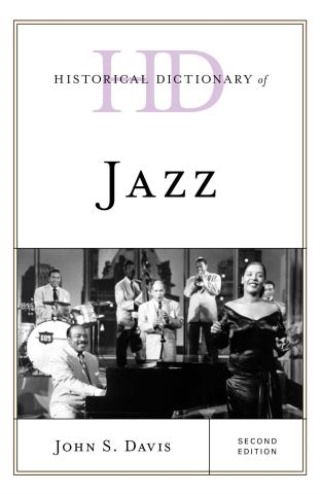 Jazz is a music born in the United States and formed by a combination of influences. In its infancy, jazz was a melting pot of military brass bands, work songs and field hollers of the United States slaves during the 19th century, European harmonies and forms, and the rhythms of Africa and the Caribbean. Later, the blues and the influence of Spanish and French Creoles with European classical training nudged jazz further along in its development. As it moved through the swing era of the 1930s, bebop of the 1940s, and cool jazz of the 1950s, jazz continued to serve as a reflection of societal changes. During the turbulent 1960s, freedom and unrest were expressed through Free Jazz and the Avant Garde. Popular and world music have been incorporated and continue to expand the impact and reach of jazz. Today, jazz is truly an international art form.

This second edition of Historical Dictionary of Jazz contains a chronology, an introduction, and an extensive bibliography. The dictionary section has over 1,500 cross-referenced entries on musicians, styles of jazz, instruments, recording labels, bands and band leaders, and more. This book is an excellent resource for students, researchers, and anyone wanting to know more about Jazz.

John S. Davis: John S. Davis is Director of Jazz Studies and Associate Dean for the College of Music at the University of Colorado Boulder. He has been a jazz educator for more than 20 years and maintains an active schedule as a jazz clinician and guest conductor.