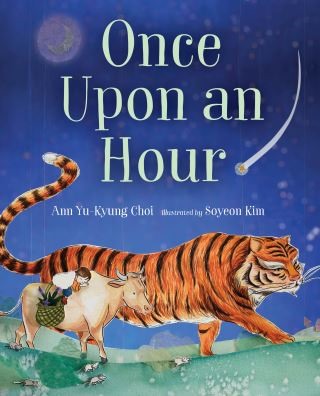 Once Upon an Hour

Yu-Rhee, a young Korean girl, wants to know how to tell time using a clock. Her mother tells her a tale from her childhood based on the traditional Korean practice of timekeeping, where the 12 animals of the zodiac are assigned to 2-hour sections of the 24-hour clock. Told from the point of view of a mountain, the story follows a child as they climb the mountainside in search of a plant to heal their ailing mother. The climb is steep, the path wild and the way difficult. The mountain watches the child struggle and calls on the animals that live on the mountainside to help the child, but as sunlight turns to moonlight, each animal claims to be too busy. Ultimately, Once Upon an Hour is a story about determination and teamwork that shows young readers the importance of helping others.

Ann Yu-Kyung Choi immigrated to Canada from South Korea in 1975. She attended the University of Toronto where she studied English, sociology and education. Her debut novel, Kay’s Lucky Coin Variety (Simon & Schuster), was a 2016 Toronto Book Awards finalist and one of CBC Books’ 12 Best Canadian Debut Novels of 2016. Ann is an educator with the York Region District School Board in Ontario. She lives in Toronto with her family.