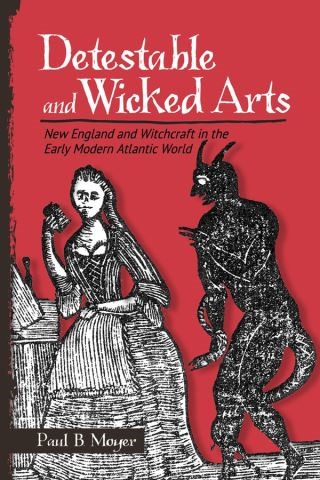 New England and Witchcraft in the Early Modern Atlantic World

In Detestable and Wicked Arts, Paul B. Moyer places early New England's battle against black magic in a transatlantic perspective. Moyer provides an accessible and comprehensive examination of witch prosecutions in the Puritan colonies that discusses how their English inhabitants understood the crime of witchcraft, why some people ran a greater risk of being accused of occult misdeeds, and how gender intersected with witch-hunting.

Focusing on witchcraft cases in New England between roughly 1640 and 1670, Detestable and Wicked Arts highlights ties between witch-hunting in the New and Old Worlds. Informed by studies on witchcraft in early modern Europe, Moyer presents a useful synthesis of scholarship on occult crime in New England and makes new and valuable contributions to the field.

Paul B. Moyer is Professor of History at SUNY Brockport. He is the author of Wild Yankees and The Public Universal Friend.