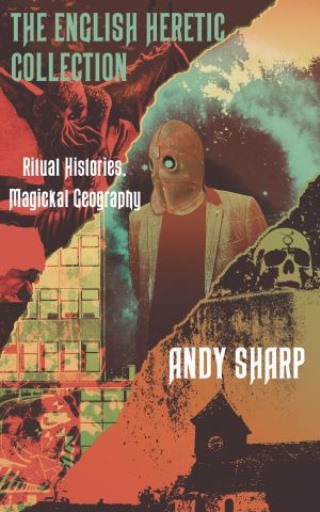 From its inaugural Black Plaque in honour of Witchfinder General director Michael Reeves, this unique collection follows a veridical trajectory to the frontiers of belief. Reeves' film becomes a conspiratorial cauldron drawing in a host of tragic players in the end game of the Sixties. The Cornwall of Du Maurier's The Birds is ploughed to reveal the hidden psychic codes of our Blitz spirit. In a powerfully relevant occult rendering of a bruised Island, the myth of Churchill is dissected and re-animalised. New maps of hell are drawn by colliding the forensic vision of JG Ballard and Lovecraftian magic. Actors, witches and psychopaths maraud across a nightmare terrain of murderous henges and abandoned military bases; conflating creative research into a surreal documentary, history as hallucination. Geography becomes an alchemical alembic, a vale of soul-making distilled by the lysergic psychobiology of Stanislav Grof, the alcoholic lyricism of Malcolm Lowry, and the convulsive travelogues of the Marquis de Sade.

If history is revealed as paranoid ritual, how do we escape its time traps to wild new imaginative geographies? The English Heretic collection is a darkly comical, urgently lyrical, mental escape hatch from the hells of our own making.

Andy Sharp: Andy Sharp is a writer and multimedia artist. Since 2003, he has worked on English Heretic, an autonomous creative research project. Pioneering the form of literary and aural aesthetics, he has released over a dozen albums and booklets. He has talked at academic conferences and counter-cultural events on a wide range of subjects drawn from his research. He has an Msc in Neuroscience from Kings College and lives in London.