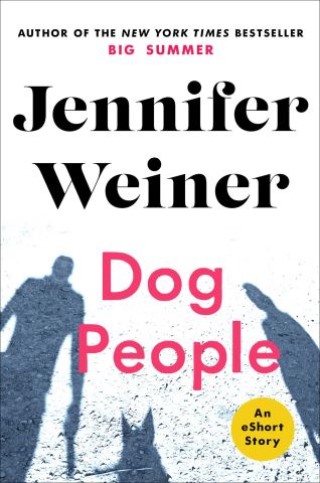 The #1 New York Times bestselling author of Big Summer masterfully combines Stephen King with Donna Tartt, plus a twist of Shirley Jackson, in this timely tale of a man, his new partner, and his old dog.

Then he’d met Tina, who didn’t know that he’d never had friends, or what kinds of “experiments” he liked to do in his lab in the garage as a boy. Instead of being alone, Michael had a wife, and children and, eventually, a dog.

Michael had promised himself he wasn’t going to be one of those people who pushed their dogs in carriages and called them “fur babies.” “Just wait,” Tina said—and soon enough, Lady was enjoying premium kibble and wearing a tiny Eagles jersey, plus special booties for the snow. He and Tina even developed a voice for Lady, a routine: a low, gruff, cigarettes-and whiskey tone that went with the tragic backstory they gave her.

Then Tina found a lump in her breast. And then she was gone. And then small, determined Suzanne Nelson dropped by Michael’s newly empty apartment with some homemade lasagna and never left. The transition would’ve gone smoothly if not for Lady—and the lisping, babyish falsetto Suzanne used when she “talked” as the dog.

Michael asked her to stop. And Suzanne did her best. But some things people can’t change, no matter how they try, like how they sound, and who they love—and who they are, in the wee small hours, when it’s dark and no one’s watching.

Jennifer Weiner: Jennifer Weiner is the #1 New York Times bestselling author of seventeen books, including Big Summer, Mrs. Everything, the children’s book The Littlest Bigfoot, and an essay collection, Hungry Heart: Adventures in Life, Love, and Writing. A graduate of Princeton University and contributor to the New York Times Opinion section, Jennifer lives with her family in Philadelphia. Visit her online at JenniferWeiner.com.