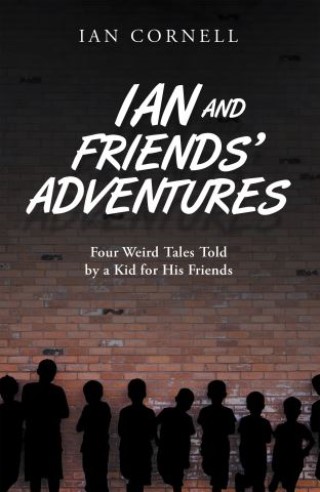 Four Weird Tales Told by a Kid for His Friends

THE MYSTERY OF THE NEXT DOOR NEIGHBORS Ian’s next door neighbors were supposed to go out of town for a few days, but two days later they are still there. The weird thing is that at night it seems like there is nobody home, but the next day Ian and his friends see them. Also what is weird is when Ian and his friends try to talk to the neighbors they don’t even seem to see or hear them. THE ROOM BEHIND MATH CLASS Ian hears weird sounds coming from the room behind Mrs. Brock’s classroom and she tells him there is a room behind hers where they put kids who have temper tantrums and need a time out. But there doesn’t seem to be any space for a room behind Mrs. Brock’s class, or any entrance to it. Also another teacher tells Ian it is closed off, and the principal, Dr. O’Sheen, says it does not exist. Ian and his friends don’t give up on the search to find the room, and in the process they find a secret place and a mystery they cannot solve. THE STRANGE CASE OF IAN CORNELL AND MR.SAPROPHYTE A science project gone horribly wrong leaves Ian with a potion that transforms him into a monstrously huge and hairy adult man with violent tendencies. Ian gets rid of the potion, but the transformation becomes involuntary. Ian must find some way to rid himself of this alter-ego. ROBERT’S ADVENTURE While Ian’s friend Robert is showing Ian and Chris a computer game he made, a power outage separates Robert’s mind from his body trapping his mind inside his computer game. In order to escape, Robert will have to beat his own game.