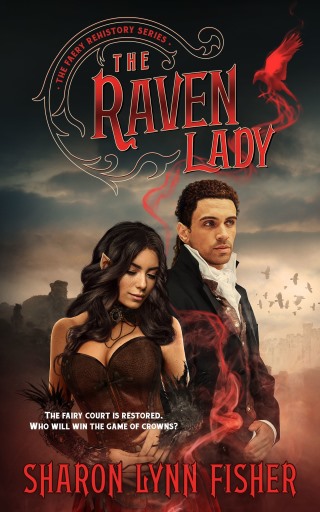 In the aftermath of Ireland’s battle with her ancient enemies, Queen Isolde orders her cousin, smuggler Duncan O’Malley, to assume the throne of fairy as King Finvara. He’s a fish out of water when it comes to nurturing the alliance between Ireland’s mortal and fairy peoples. And the queen wants him to wed the daughter of Ireland’s enemy, the king of Icelandic shadow elves, to help keep the peace. But the Irish think of the elves as goblins, and Finvara refuses.

Elven princess Koli, affronted by the king’s rejection—along with his decision to bring her to court as little more than a captive—vows vengeance. Shortly after her arrival, she uncovers a plot that would bring swift satisfaction. A dark and powerful fairy lord, Far Dorocha, wants to take Finvara’s crown and lead both the fairy and elven people to war against the Irish. And he wants Koli to help him.

It’s the perfect setup for revenge, but Koli soon discovers that Finvara’s not the haughty lord she believed him to be. And as she navigates treacherous waters inside the court, she gets glimpses of the magic and passion that have been slumbering inside her. She must choose a side in the new battle for Ireland—will it be the fearsome father she has served for nearly a century, or the fairy king who has helped awaken her to herself?

Sharon Lynn Fisher writes stories for the geeky at heart—meaty mash-ups of sci-fi, fantasy, suspense, and romance. She lives where it rains nine months of the year and is mom to two lovely tweens, two huge dogs, two ridiculous goats, an orange cat and orange mare, and a fluctuating number of poultry.